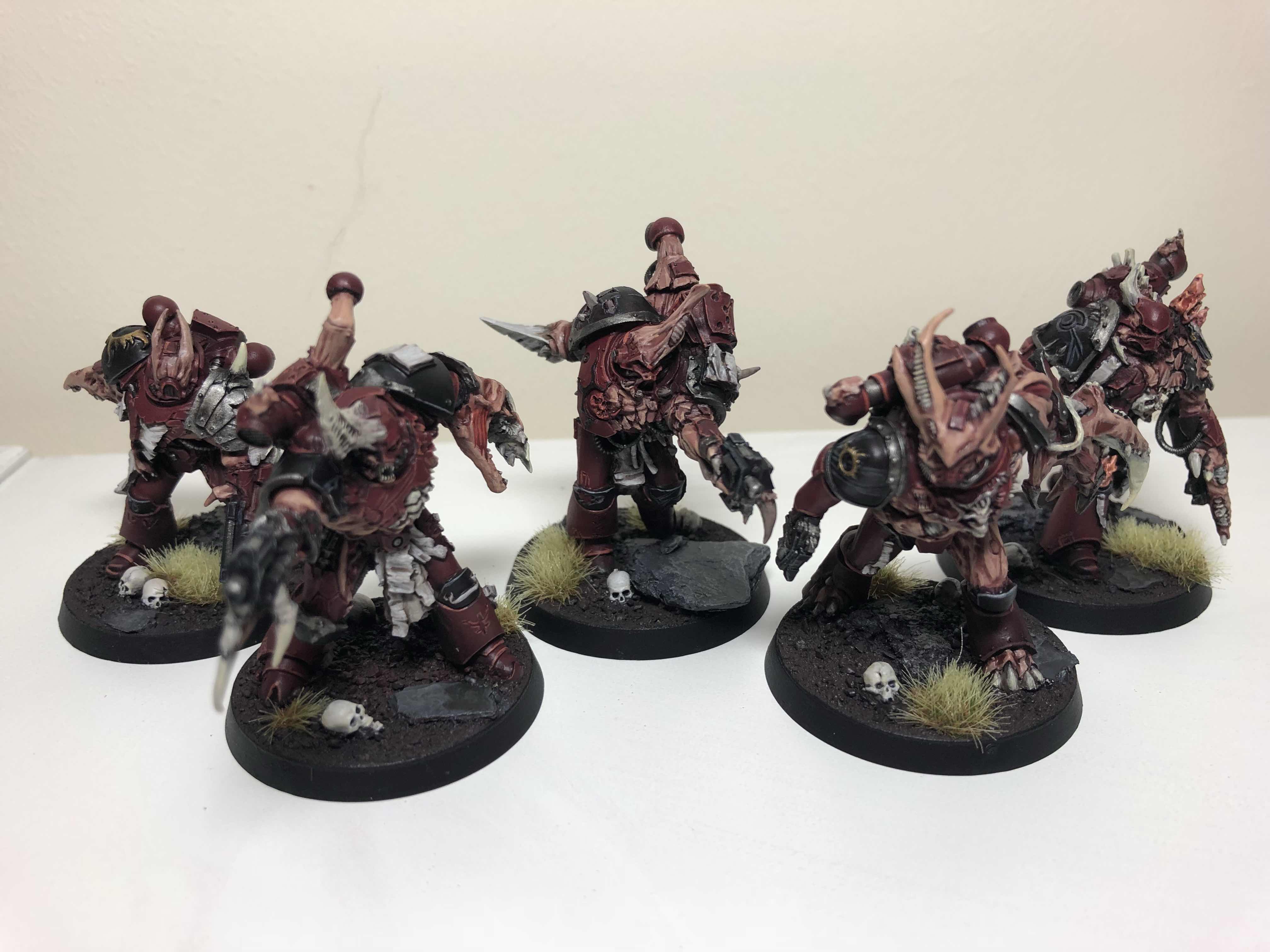 Time for some signature units I think. Gal Vorbak are utterly brutal and really define the Word Bearers. I bought two packs, unfortunately one marine came without arms...so I contacted forgeworld, provided a photo and they were happy to fix it. If fact, they sent another squad, so minus my armless marine I have fourteen Gal Vorbak! 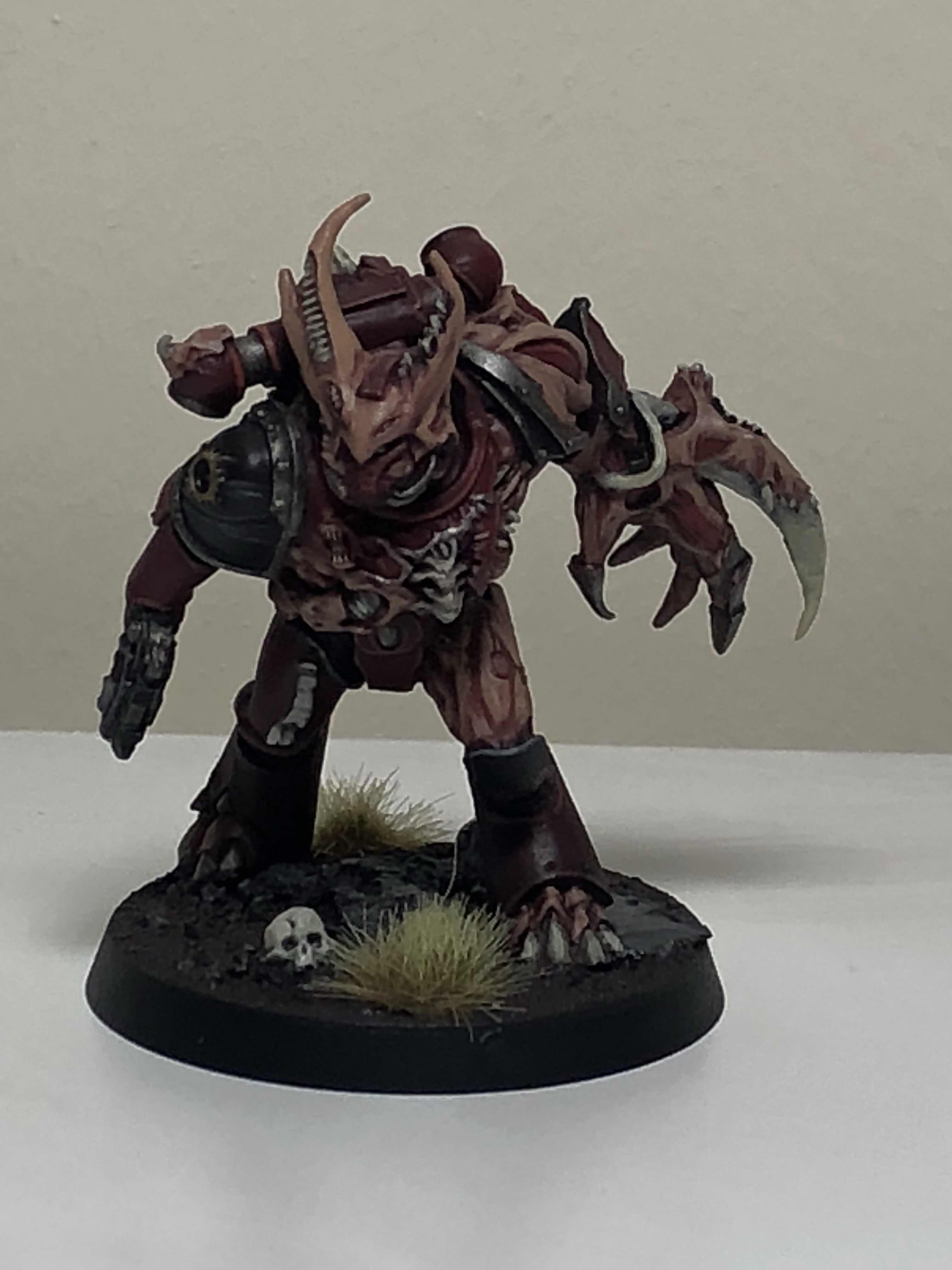 I’ve done the first five, using the same scheme as my other Word Bearers, the fleshy bits and bone were another matter. Used a straightforward dwarf flesh style scheme so the ruddyness complimented the dull red of the armour. I also added skulls to the bases. 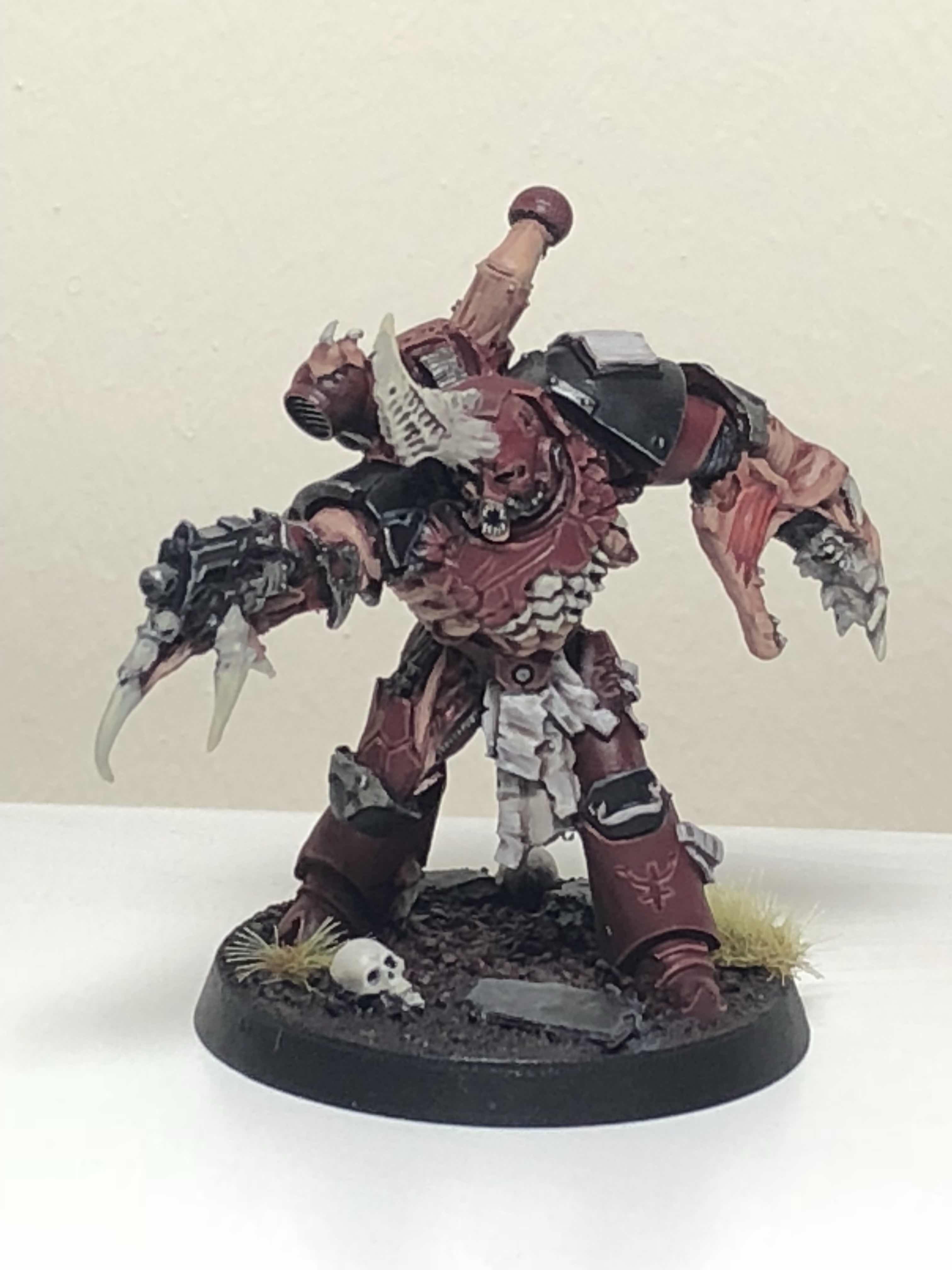 I enjoyed painting these, but due to size and complexity, I only managed to do the first five, so lots more to do. I gave up on adding more of them to the one month challenge. 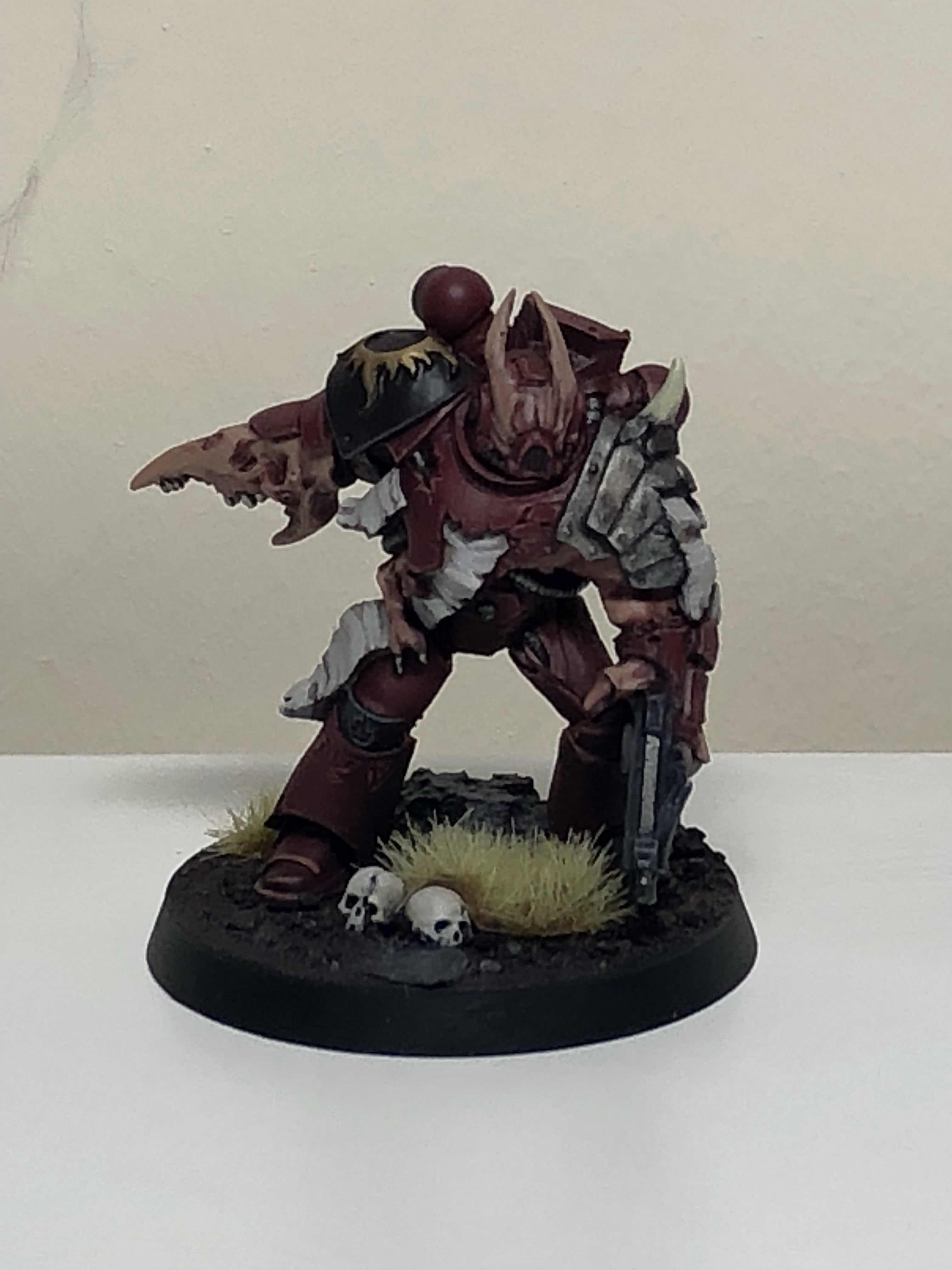 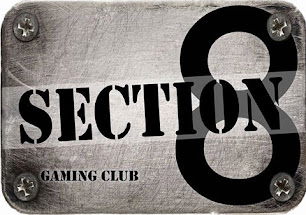